Okay, not like I sit around all day watching Third Eye Blind videos and hoping there is some way to pretend I am doing it for social analysis reasons (LIE! That is exactly how I occupy up to 7 hours that I will never get back, every day of my rapidly-ending youth).

BUT I was just watching this and just realized something I never realized when I was an actual tween/ teen in the 90s, during the big "supermodel" heydey: in addition to worshipping them for their attractive facial moles or whatever, people were at the same time fucking TERRIFIED of supermodels.

As a background note, the only ways I really interfaced with models in the actual 90s were watching "House of Style" and, when I got older, writing stuff like "Real women reject plastic perfection!" on copies of Glamour that I found in the school library. I was, like, 16, and not very good at seeing multiple points of view, so I was pretty sure that "mainstream" was obsessed with how models were perfect, and I had to fight the power, as the minority, and show how models/ the culture of modeling sucked and was negative for women. Yes, my heart was in the right place, but I mostly ended up shifting the blame onto other women who looked modelly or loved modeling culture.

A nuance that was lost on me at the time was this thread of models/ supermodels/ beautiful women/ powerful being viewed in some pop culture (mostly grunge) media of the time as...I don't know, ghouls? Like in the video above. The second I started watching it, suddenly my brain flashed through a billion other 90s music videos and fashion spreads and other things, where these model faces are kind of distorted and grimacey and made to look monstrous. And one of the things I think going on with that was fear of these women, fear of these models.

I think since the 90s contained a moment when supermodels began being perceived as ultra-savvy, powerful, in-control millionaires, there was an urge to take them down a peg. And I think this micro-trend towards shooting models like they're kind of horrifying had just as much to do as taking powerful women down a peg (look, you're not so pretty! You're a monster, in fact!) as it did with taking mainstream culture (you think you're great, but really, you're cheesy and lame!/ You're rich but you still suck) and unrealistic beauty standards down a peg.

I know nowadays everyone (including me, more often than not!) is into remembering the 90s as a feminist nirvana, where President Liz Phair and Co-Vice Presidents Louise Post and Polly Jean Harvey ruled us with tough-but-fair legislations that required everyone to watch "Xena." But really, while there was certainly more embrace of "girl power" and whatnot in the mainstream media than there is right now, the 90s were still twisted and confused with regards to a lot of things concerning women, and a lot of that confusion/ twistedness was just not reflected in media that really lasted, and so we've kind of forgotten about it. or maybe I'm wrong! If you have any recall of the pop culture of the mid to late 90s, watch part of the above video, check out the weird, grimace-y monster models, and let me know if any of this rings any bells for you. I could be wrong!
Posted by Gaby at 6:16 PM 2 comments:

What Happens When the Laughter Dies? (or something)

What happens when a piece of parody outlasts the thing it was meant to parody? Does it exist in a cultural (and some would even say, spiritual) void, where it represents nothing and has no meaning, because the meaning originally ascribed to it has withered away and, by its very nature, no new meaning can grow in its place? Does it show itself, because it lasted longer than the thing it originally parodied, to have greater meaning than originally thought, a core of significance unrecognized when it was first created? Or does it explode?

I don't know the answers to these questions, because I am merely a blogger who is trying to create a smart-sounding reason to post an absolutely ass-mazing (that is "asinine" + "amazing") Primus video from 1995.

(To jog your memory/ if you were born after 1989, these are the commercials this video is parodying:

I learned this morning both that the family in these ads are called "the Puttermans," and that the commercials were directed by Barry Sonnenfeld)
Posted by Gaby at 1:28 PM No comments:

I am sure I would kind of make a face about this if I read it on someone else's blog (the same way I am still making faces about that time Zooey Deschanel went on "Top Chef" like nine years ago and said she was allergic to all foods with calories or whatever), but I joined a CSA this year, and, holy shit, I just cannot get enough of their fucking wild lettuce. I will just eat a big bowl of that shit straight every single day. I am craving the fuck out of it right now! It is insane! I am someone who, in the past, has only ever craved foods with the word "krispy" in their names, so this is kind of a health breakthrough for me. Don't worry, I didn't sell out completely, I still eat total garbage constantly, but this was just so unlike any food experience I've ever had, I am kind of flipping out. I know this news is not interesting to anyone else, but you know, if you want news items instead of fevered odes to wild lettuce, go listen to NPR.
Posted by Gaby at 9:42 PM No comments: 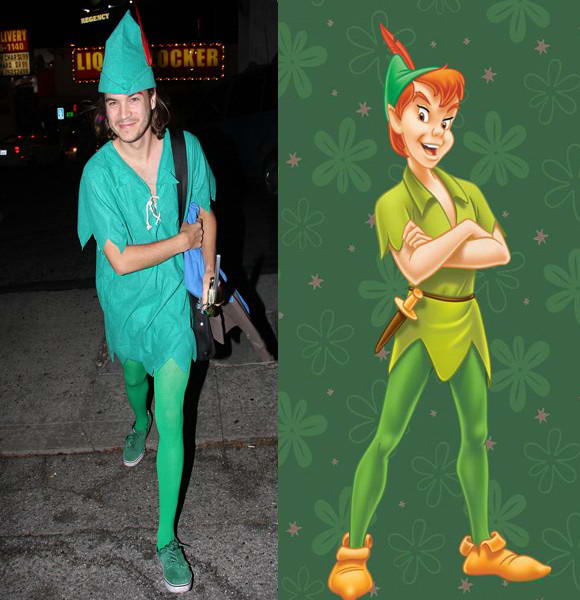 I know everyone self-googles constantly, except I don't, because I know there's never anything new there, because not only is my name more common than you'd expect, but also like nothing I have written in like the past two years ever seems to come up on a general google search on my name, like, ever.

But every few months, I have one of these things where I'm like "Am I missing out on something here? Is everyone getting a huge great thing out of self-googling and I'm totally missing it because I don't 'get' it? IS THIS THE ARCADE FIRE ALL OVER AGAIN?" and I self-google, with disappointing results. It also helps to have something really pressing to do, something really important where putting it off means total disaster, so of course you have to come up with something really insane to procrastinate with after you've alphabetized your forks or whatever.

Today was just such a perfect storm, and I engaged in the typical lackluster self-googling. But because I had just seen the trailer for that "Another Earth" movie, which is all about having an exact double on another planet, and also because I wanted to avoid another necessary activity THAT BADLY, I just read the entirety of one of my googleganger's wedding registry.

And that is how I decided to spend an hour of my life that I'll never get back. And then I decided to spend the next hour watching True Blood. On a related note, does anyone know of a place where I could set up a registry where I could list all the shiny silver things I want in the world, and people could buy them for me when they're feeling flush with cash/ looking to beg my forgiveness/ looking to spend money before the end of the fiscal year? I'm asking for a friend.
Posted by Gaby at 8:14 PM No comments:

I'm a frequent Ke$ha enthusiast, occassional Ke$ha apologist, and this is the article I wrote about it for Bitch Magazine.
Posted by Gaby at 3:30 PM No comments:

* "Leaving on a Jet Plane" by Peter, Paul, and Mary

*How much I hate the New Yorker

*Parker Lewis Can't Lose
Ideally the Jurassic Park one would be a whole song where I used velociraptors as a metaphor for my lyrical prowess. Also, ideally, the song would name-check Wayne Knight.
Posted by Gaby at 4:16 PM 1 comment:

No Commentary, This Picture Was Just Like the Funniest Thing I Have Ever Seen